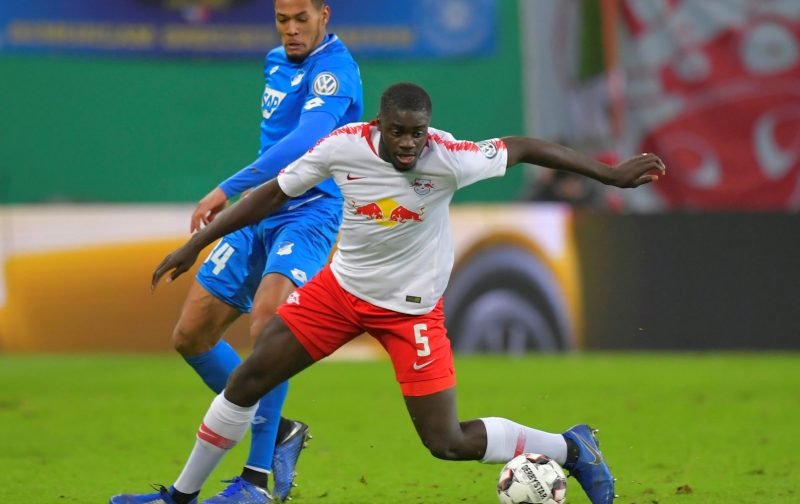 Arsenal are interested in RB Leipzig star Dayot Upamecano, according to reports.

The 20-year-old has impressed for the Bundesliga side since his switch from RB Salzburg in 2016, making 75 appearances in all competitions.

And with the transfer deadline on August 8th fast approaching, the Evening Standard report that the Frenchman’s performances have attracted interest from the Gunners.

It’s claimed Unai Emry is keen to bolster his defensive options with captain Laurent Koscielny and Shkodran Mustafi both tipped to leave the Emirates.

William Saliba has signed for the North London outfit from Saint-Etienne but the 18-year-old has immediately returned to the Ligue 1 side on loan.

This has the Spanish boss looking at the Upamecano, who was shortlisted for the Golden Boy (best young player in Europe) award in 2018 and is a France Under-21 international.

The centre-back, who is a France Under-21 international, currently has a contract with Leipzig which expires in the summer of 2021.