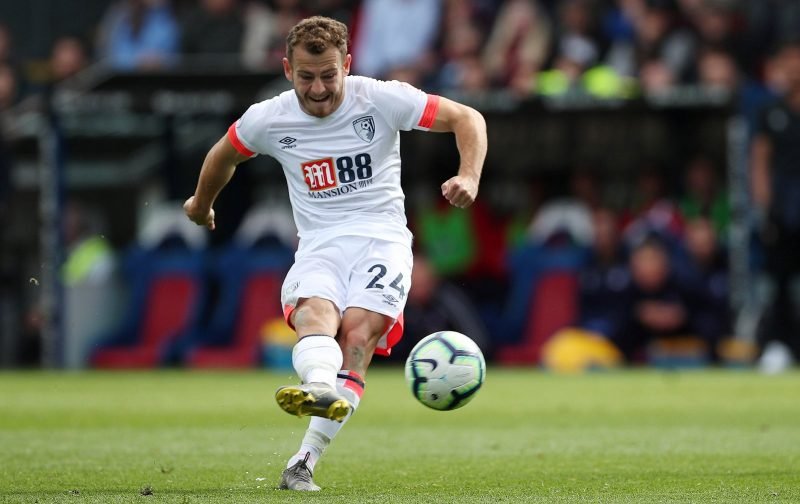 Arsenal will once again explore the possibility of signing AFC Bournemouth winger Ryan Fraser, according to reports.

The Gunners want to add to their squad this summer and are keen on bringing in players capable of creating and scoring goals following the departure of both Danny Welbeck and Aaron Ramsey.

Unai Emery has already made a bid for Crystal Palace star Wilfried Zaha, who’s caught the eye of a number of clubs after another impressive season at Selhurst Park.

However, the offer of £40million is less than half of the Eagles’ valuation, meaning any potential transfer looks almost impossible.

This, according to the Daily Star, has forced the Emirates outfit to again turn their focus to Bournemouth ace Fraser, who registered seven goals and 14 assists in the Premier League last term.

The Scotland international has just one-year left on his deal at the Vitality Stadium and has been linked with a move away from the club.

With the 25-year-old looking unlikely to pen a new contract it’s claimed that the Cherries will let him move on if they receive a bid of around £20million.

And with the Gunners’ reported transfer budget thought to be around £45million, a deal could suit all parties involved.