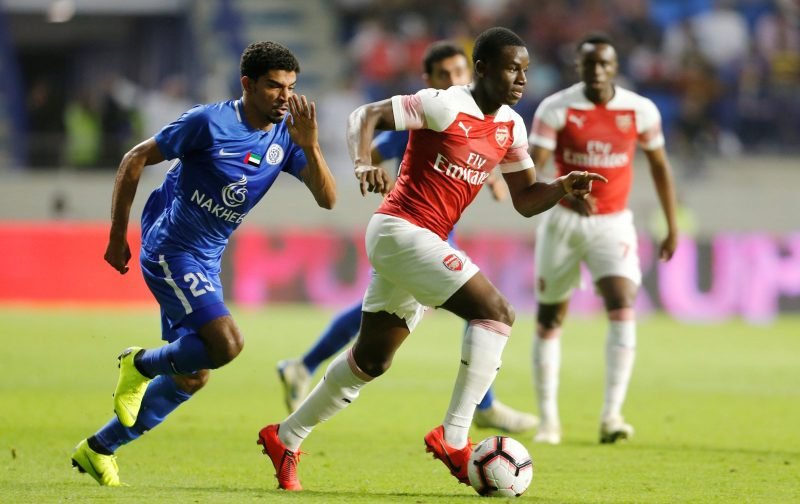 Celtic look like they will miss out on the signing of Arsenal full-back Jordi Osei-Tutu, according to reports.

The 20-year-old made 11 appearances in the Premier League 2 this term after being part of the senior side’s pre-season tour to Singapore last summer.

Now The Sun report that he’s ready to leave the Gunners in search of some vital first-team football next term.

It’s claimed the North London side will tie the Slough-born player down to a new deal before either selling or loaning him out.

Scottish treble treble winners Celtic are thought to be keen on the player as Neil Lennon embarks on his first transfer window since returning to the Hoops in February.

However, it looks as though the Glasgow giants will have to look elsewhere for a full-back with Osei-Tutu keen to make a move to German side Hamburg, who have made an offer to Arsenal.

Fellow teammates Reiss Nelson and Emile Smith Rowe both made temporary moves to the Bundesliga in 2018/19, playing for Hoffenheim and RB Leipzig respectively.