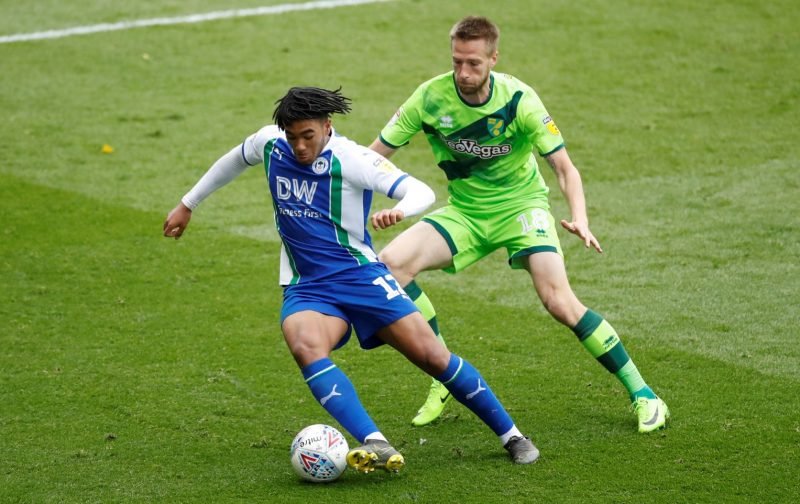 Chelsea have turned down a £20million offer from Crystal Palace for full-back Reece James, according to reports.

The Eagles are looking for a replacement for Aaron Wan-Bissaka, who left the club to join Manchester United in a £50million deal in June.

And the Daily Star report that the Selhurst Park outfit are keen to sign another young Englishman in the shape of James.

The 19-year-old excelled during his loan spell at Wigan Athletic last term, winning the club’s Player of the Year, Players’ Player of the Year and Goal of the Season awards in a campaign where he was also named in the PFA Championship Team of the Year.

However, it’s claimed the Blues have knocked back the approach as they see the England Under-20 international as a big part of their future.
It’s claimed that the teenager, who is currently recovering from an ankle injury, will be part of Frank Lampard’s first-team squad this term with the club currently restricted in the transfer market due to their two-window ban.