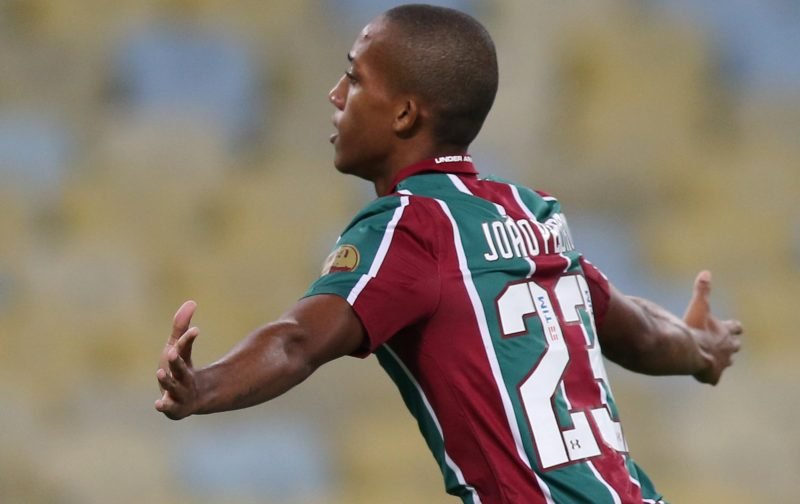 Liverpool have made enquiries into the possible purchase of Brazilian Joao Pedro from Fluminense, according to the Daily Mail.

Pedro has already agreed to sign with Watford for a fee of £2million, and is set to arrive at Vicarage Road in January, but it is still possible for other clubs to swoop in for him.

A clause in the forward’s contract says another team can still sign him, but they must pay the Hertfordshire based club £20million to compensate for the player.

Jurgen Klopp is hoping to add depth to his squad this summer.

The 17-year-old has said he took inspiration from Richarlison, who experienced great success after joining the Hornets from Fluminense in 2017 before moving to Everton last summer.

Liverpool have been considering a move for the Brazilian after a scout witnessed him score a hat-trick against Atletico Nacional in the Copa Sudamericana, a performance that saw him take his goal tally to seven in just ten games at senior level.

After narrowly missing out on the Premier League title, Reds boss Jurgen Klopp is not expected to make any big-name signings in the current transfer window, but could look to add depth to his squad.

Liverpool may also have to fight Manchester United for the highly coveted signature, as they are also reportedly interested.