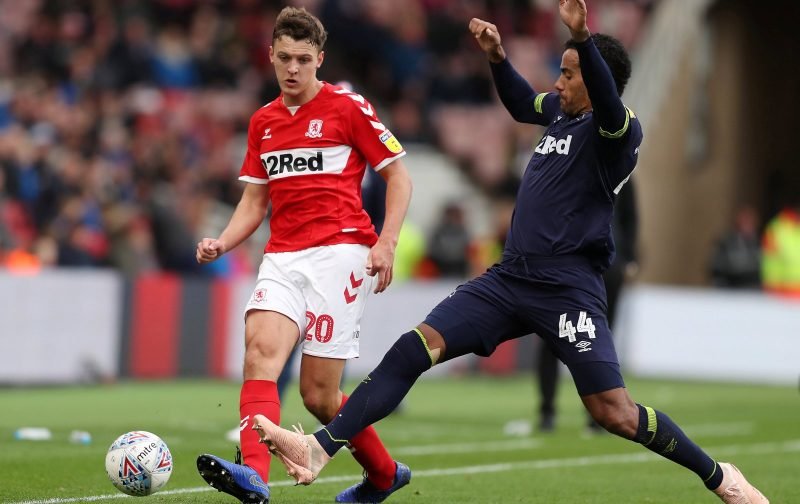 Liverpool are keen on Middlesbrough defender Dael Fry, according to reports.

The 21-year-old impressed in his 34 Championship appearances throughout the 2018/19 campaign.

But after the Riverside club missed out on a return to the Premier League after finishing seventh, the Northern Echo report that Boro could face a fight to keep hold of their starlet.

Jurgen Klopp is hoping to add depth to his squad this summer.

European champions Liverpool are claimed to be an admirer of the player having watched him on more than one occasion this term.

Despite a successful season the Anfield club will aim to add to their squad this summer and the talented youngster is thought to be an option.

However, Sean Dyche’s Burnley, who are preparing for their fourth successive top-flight campaign, have also been credited with an interest.