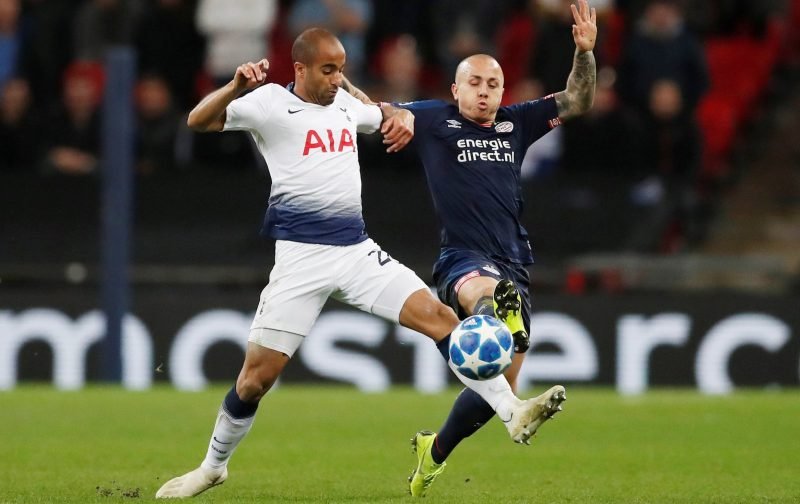 Manchester City are set to re-sign left-back Angelino from PSV Eindhoven, according to reports.

The 22-year-old impressed in his first season with the Dutch side since his move from City, registering 10 assists in 41 appearances across all competitions.

But Spanish outlet La Voz de Galicia are reporting that the Eredivisie runners-up will lose the Spaniard to the club they signed him from just 12 months ago with the Premier League champions preparing to trigger Angelino’s £10.6million buy-back clause.

Mendy has struggled with injuries since signing for Man City in 2017.

The Etihad outfit have been linked with a left sided defender this summer due to Benjamin Mendy’s series of injury problems since joining from AS Monaco in 2017.

This has resulted in Pep Guadiola favouring midfielders Fabian Delph and Oleksandr Zinchenko in that role when the Frenchman hasn’t been available.

Angelino joined the Manchester side at the age of 16 and was at the club for five-and-a-half years, during which time he had loan spells with New York City FC, Girona, Mallorca and NAC Breda.

He penned a five-year deal with PSV last summer but City ensured that his contract have a buy-back option which it now seems they will trigger.