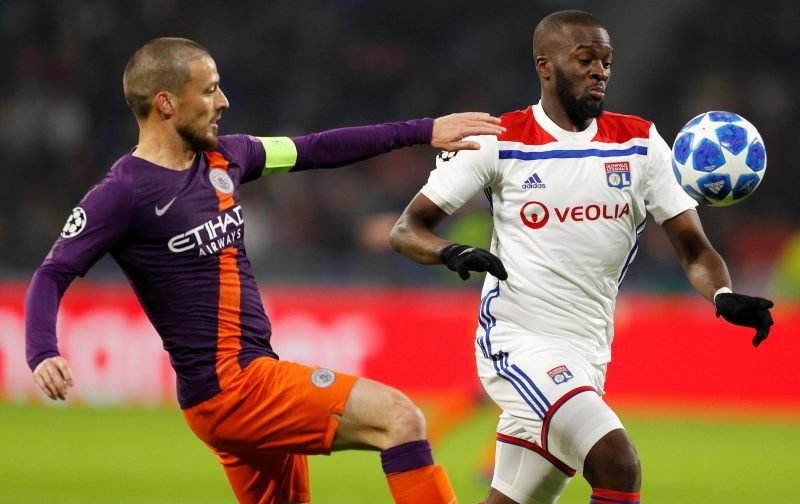 Manchester United are considering a move for Tottenham Hotspur target, Tanguy Ndombele of Lyon, according to the Metro.

Tottenham and Lyon have reportedly already settled on a £55million deal to take the France international to North London, however Ndombele has yet to agree personal terms.

This could see United swoop in to hijack the move and bring the 22-year-old to Old Trafford.

Ole Gunnar Solskjaer is likely to add to his two summer signings.

The 13-time Premier League champions finished the season poorly, only winning two of their last twelve games in all competitions, a stretch that saw them knocked out of the Champions League by Barcelona and fall to sixth in the Premier League.

Red Devils boss, Ole Gunner Solskjaer is planning a squad overhaul this summer, and has started by signing Daniel James from Swansea and Aaron Wan-Bissaka from Crystal Palace.

Ndombele was a pivotal part of Lyon’s team last season, as he contributed with a goal and seven assists in his 31 league appearances, helping the club reach third in Ligue 1.

The midfielder also played a key role in Les Gones Champions League campaign, as he appeared in all eight of their games in the competition and chipped in with two goals.