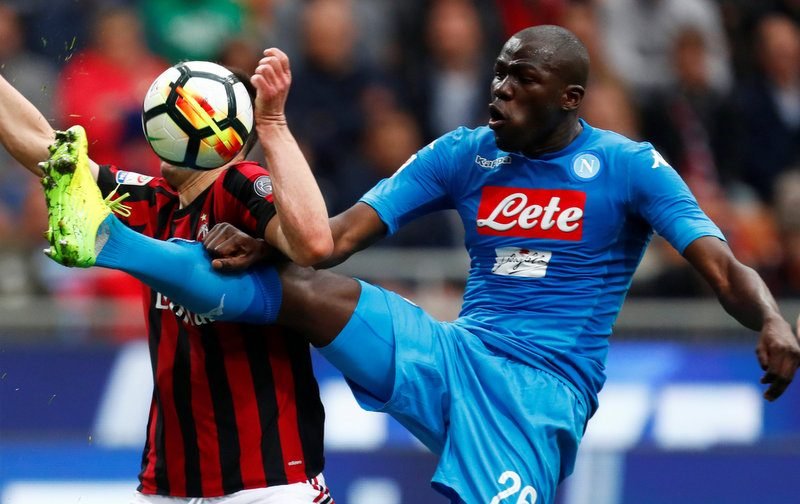 Manchester United have bid £84million for Napoli star Kalidou Koulibaly, according to reports

The 27-year-old has been a rock in the heart of the Serie A side’s defence since signing from Genk in 2014 for a fee of around £6.5million.

Having starred in Italy, the Senegal international has been linked with a move to Old Trafford since the 2018 summer window.

And now Italian news outlet Corriere dello Sport (as replicated in Football Italia) report that the Red Devils have made an official offer as they try to tempt Napoli to sell.

However, United’s bid is thought to be £3million less than the minimum £89million Napoli president Aurelio De Laurentiis wants for Koulibaly.

Ole Gunnar Solskjaer is aiming to bolster his squad and especially his defence after missing out on qualifying for the Champions League.

The Norwegian boss currently has Chris Smalling, Phil Jones, Victor Lindelof and Marcos Rojo to pick from at centre-back but the latter is expected to leave the club.

Koulibaly still has four years left on his contract in which a £133m release clause becomes active from the summer of 2020.