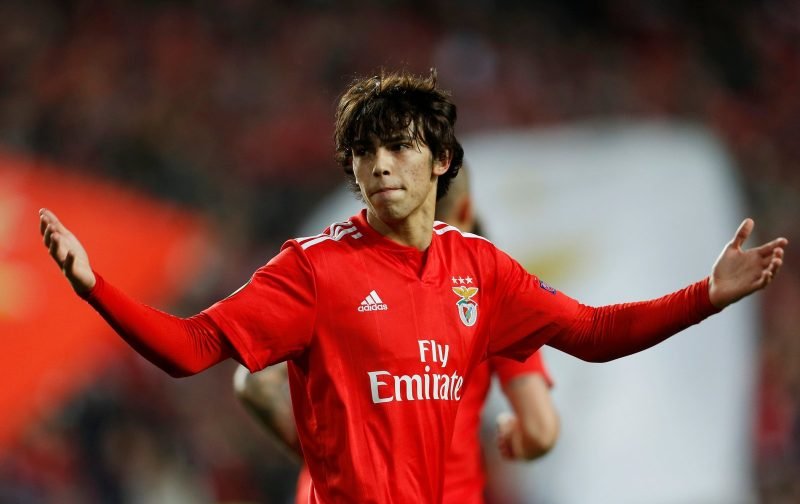 Manchester United are ready to match the release clause of Benfica star Joao Felix, according to a report from Metro.

The 19-year-old is one of the hottest prospects in the world heading into the summer transfer window and has attracted attention from the biggest clubs in Europe.

Bursting onto the scene this year, Felix has scored 19 times for Benfica and provided eight assists for his teammates.

Now it’s claimed that the Red Devils have opened talks with the Portuguese side and are prepared to pay the £89million fee to trigger his buy-out clause.

However, it’s thought United face serious competition from clubs such as FC Barcelona, Paris Saint-Germain and Atletico Madrid, who will have an influx of cash as they get set to sell star striker Antoine Griezmann.

Manager Ole Gunnar Solskjaer wants a mass overhaul at Old Trafford this window after missing out on a top-four finish.