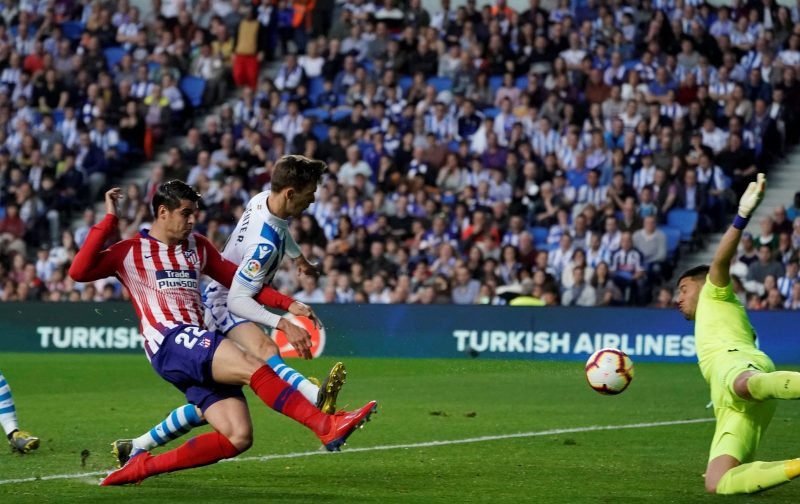 The 25-year-old centre back is on the radar of the Merseyside duo, although the Basque news outlet state Liverpool are more likely to make a move for the defender.

Jurgen Klopp’s side have been short of cover at times this season, losing Joe Gomez to a long-term injury and on some occasions having to play midfielder Fabinho at centre back.

Jurgen Klopp is thought to be eyeing a possible summer replacement for Joel Matip.

Liverpool are thought to be ‘convinced’ of Llorente’s La Liga performances and could be set to make a summer move for the Spaniard.

Real Sociedad currently sit 9th in La Liga with Llorente making 18 appearances in all competitions following an ankle injury early in the campaign.

The six feet plus defender signed from Real Madrid to Real Sociedad for €7million in the summer of 2017. It is reported that he has a €50million release clause but could be sold for considerably less.

But the Toffees could compete with their closest rivals when the transfer window opens this summer, as they have also shown  interest in the defender.